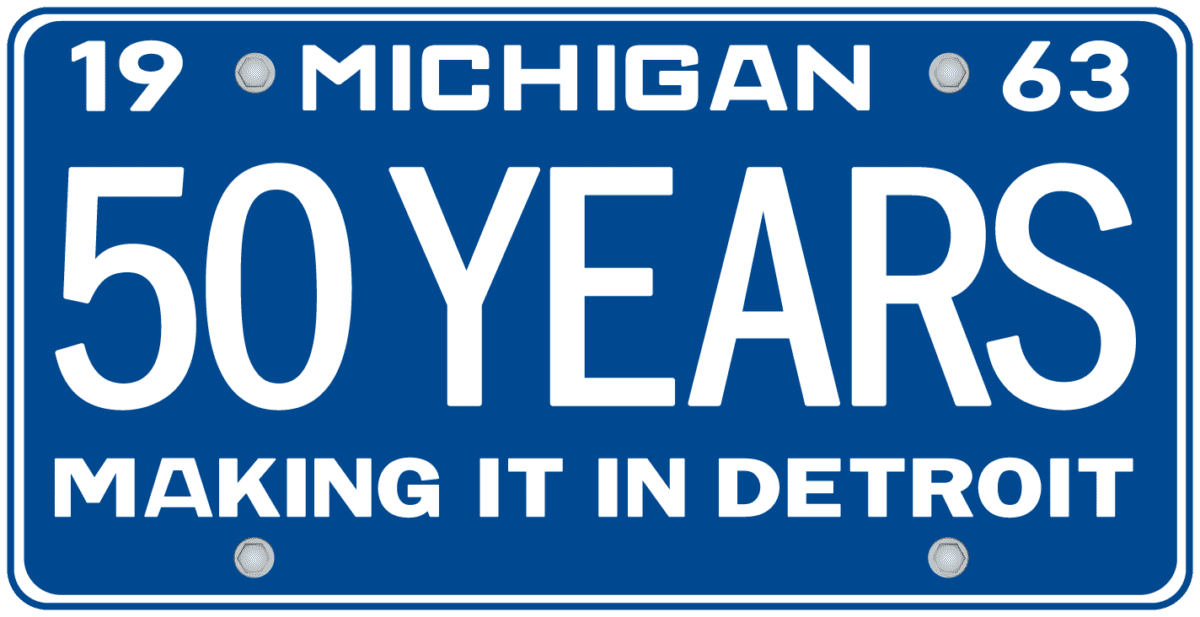 “50 Years: Making it in Detroit” theme highlights commitment to region, strength through diversification and innovation.

Farmington Hills, MI – April 15, 2013 – Exotic Automation & Supply, a leading manufacturer and distributor of automation systems, material handling solutions and components, is celebrating the company’s 50th anniversary throughout 2013. A full week of activities recognizing the company’s customers, suppliers, and employees is scheduled the week of September 9th, 2013. Events are going to be centered around Detroit and Michigan made products which will include a trade show for Exotic’s customers showcasing partnering suppliers, a customer appreciation night, and an employee event held in Detroit, just to name a few.

The theme to mark this significant milestone is “50 Years: Making it in Detroit” which highlights the inherent resilience of a region and those who go to work every day in the manufacturing and industrial sector. Exotic has fought, adapted, and evolved throughout a half a century of continuous technological advancements. The company has faced significant challenges of the economic downturns and the onslaught of non-domestic competitors by diversifying and innovating the products and services offered as far back as the company’s founding.

Exotic Automation & Supply was founded in 1963 as Exotic Rubber & Plastics. The company rapidly expanded to become a major distributor of Parker Hannifin products along with a host of highly specialized urethane and rubber components utilized in applications ranging from internal engine components to state-of-the-art material handling solutions.

“To think that my father, a first generation Italian-American, born in a tough coal mining town in Pennsylvania, served his country in the United States Marine Corps, and became an chemical engineer and ultimately launched this company that continues to grow and thrive today is just an amazing story. It‘s worth celebrating with all of the great people and partners that make us who we are today,” Mr. Marino said.

The path to the 50th Anniversary has not been easy, especially for companies traditionally dependent on the automotive industry over the last several years. However, the latest downturn was not the first nor the last Exotic Automation & Supply has or will endure. The company‘s leadership, from Chuck Marino to Audrey and now, Tom Marino, has always focused on diversification and innovation. These efforts have kept the company strong through the enormous technological advancements in manufacturing and automation.

“We’ve planned a host of activities centered around including all of the major pieces that comprise the Exotic Automation & Supply extended family. Taking an opportunity to reflect on the significant accomplishment of providing our customers with material handling, automation, and motion control technologies for half a century is a spectacular achievement,” said Steve Orlando, Vice President of Sales & Marketing for Exotic Automation & Supply.